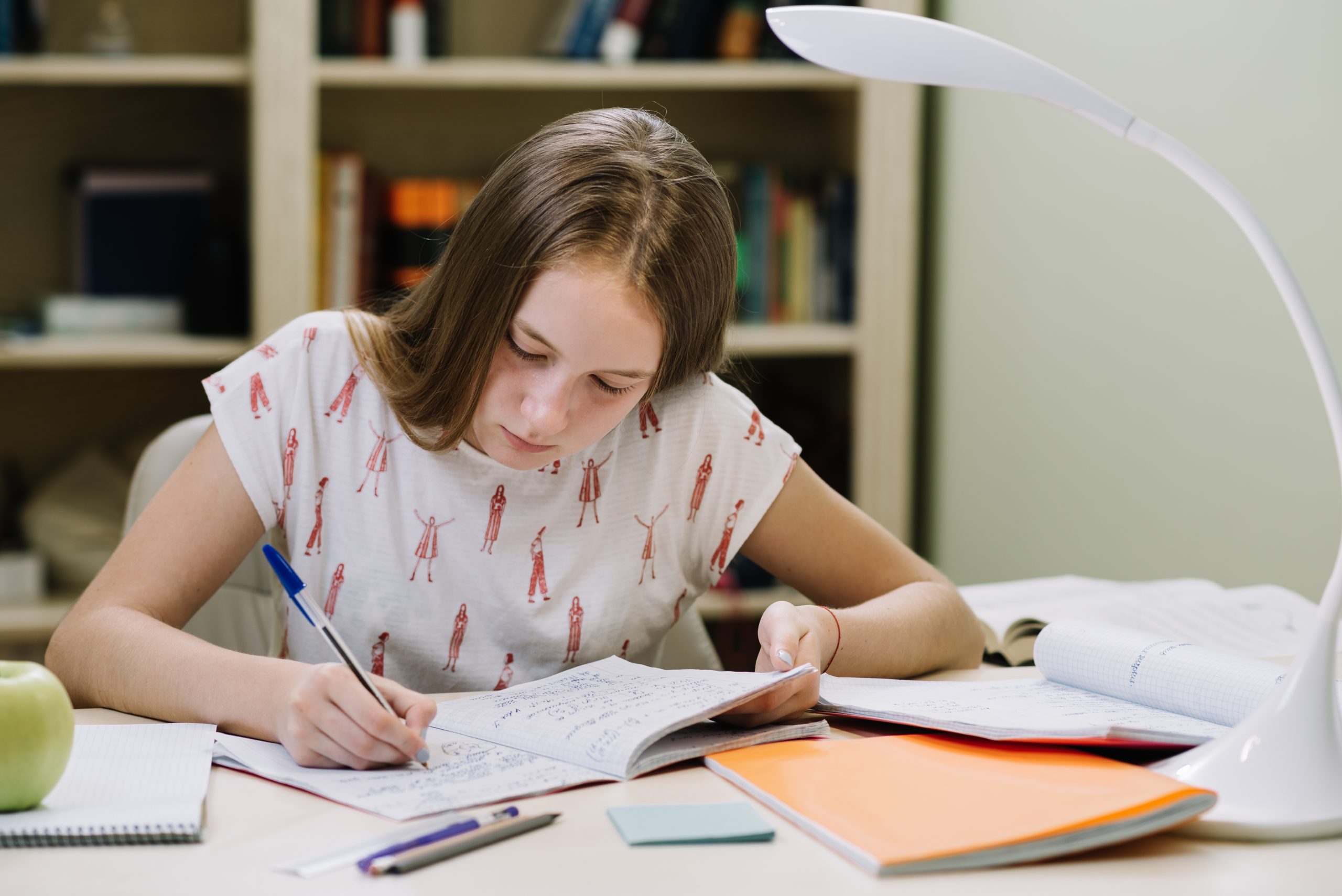 Education – What Needs to Change?

20 year old Natasha Frost reflects on her own education,
from the perspective of looking back and thinking about
the why, the what and how we educate.

I did not question my education as it happened. The understanding was that facts are taught and memorised to be regurgitated later onto an EXAM paper. (EXAMS are immensely important and in capital letters lest their importance be forgotten!) Memorising textbooks was the gateway to a successful life – the more you memorise, the better your grade, the better your further education, therefore your job will pocket more and you can buy many big and nice things like houses or holidays. It is disconnected, but EXAMS work because they are standardised, and everyone knows what to expect. I should have questioned it.

Is education not more than EXAMS? EXAMS, commonly, are the singular, defining outcome of years of education, but they favour the students who a) are simply better at memorising b) don’t have disabilities c) live with privileges such as the absence of abuse, poverty, or permanently caring for a family member. With these factors accounted for, EXAMS seem far from standardised, and in fact become a reflection of social injustice. Following this pandemic, EXAMS suddenly became unnecessary. The government’s U-turns regarding education suggest that the ‘EXAMS are life-determining’ doctrine is an untruth after all, and perhaps the education system is not prepared for future disruptions?

A second glaring question would be: which subjects are taught, or not, and why? From the government spec, there is scarce opportunity to think without a “correct” or “incorrect” attitude. Mindfulness, counselling, or real-world debates encourage positive inward thinking; their increased presence would help students mature as individuals rather than as a database of academic progress (perhaps revealing how students are seen by the government).

One way to analyse the value of subjects is to compare relative funding. Creative subjects have experienced dramatic cuts over the 2010s. This delegitimises the arts’ status to ‘nice decoration’ on an academic core and pushes a dichotomy between arts and sciences. The prejudice towards academic theory is reflected in the transformation of polytechnics to universities thirty years ago and the mindset that BTECs – vocational rather than EXAM-based – are for the less “educated” individuals. No student should feel undervalued for a subject they have passion for.

Finally, chopping a school day into non-overlapping lessons pushes a notion that subjects are mutually exclusive, rather than co-evolving research areas linked by cross-disciplinary factors such as politics and the environment. Environmental science and sustainability are subjects with a worryingly slack presence in compulsory education, even though students deserve to learn how to mitigate or adapt to the growing climate stress.

Concern for the environment is becoming more common, particularly among youth, however acting upon this concern is rarer. Climate action, on the individual or national level, is insufficient not from lack of understanding or tech, but because it requires concrete behavioural change. Behaviour is notoriously difficult to shift, especially when the profits of the powerful depend on the status quo: a carbon economy and unengaged consumers. In fact, behavioural research has repeatedly concluded that changing habits is directly related to control; and the world has very little control regarding climate.

Nature’s fragility and the broad consequences of the Anthropocene should be implied in early education. Global warming was introduced to me as an example of (infuriatingly) falsifiable theory, yet other science treated as hard fact. I was told to recycle or switch off lights, but this was suspiciously disjointed from the reality that it is governments and companies who should accept responsibility more than school children who have some of the lowest carbon footprints.

This is exactly why a novel approach to environmental education is crucial. To use a timely example: the economic disruption of Covid-19 is so profound that recovery policies must be equally massive in scope – so much that they will shape the economy for decades. If stimulus packages promote fossil fuels then carbon will be locked in, more climate tipping points exceeded and the stress on future generations exponentially increases. Education rouses awareness. Attending climate marches can be a rich lesson in the power of solidarity, the diversity of opinion, and topics avoided on the syllabus – student attendance should be encouraged.

In schools food security, biodiversity and circular economies could be easy but highly valuable introductions to sustainable education. Beyond the classrooms, increased training for ‘green’ employment – such as renewable energy projects – would alleviate redundancy in the short term but requires less workforce for longer-term maintenance, freeing up work as the economy recovers. Practical experience in the outdoors, especially in areas with reduced access to nature, would teach multiple generations about the beautiful self-sufficiency of natural systems that we continually ignore in our short-lived, fast profit economy.

So, what needs to change? The grip of EXAMS, which can smother an education, should first be slackened, not as an easy option but because anxiety and depression breed in constant competition, and, had there been more EXAM alternatives, the recent crisis could have been less chaotically governed. Vocational and creative learning should be given a higher syllabus status, as must cross-disciplinary topics like local ecology and sustainability. Finally, there should be greater support for youth-led action. Fighting actively for a cause like the climate teaches a lesson often realised too late: governments still have much to learn too.

About Our Shared World

Our Shared World is a broad coalition advocating for SDG 4.7 in England by 2030. First chaired by Oxfam and WWF-UK, and currently chaired by SEEd and CoDEC, OSW is a coalition of more than 150 members.

Our Shared World is a broad coalition advocating for SDG 4.7 in England by 2030. First chaired by Oxfam and WWF-UK, and currently chaired by SEEd and CoDEC, OSW is a coalition of more than 150 members including NGOs, Businesses, Universities; Teacher, Headteacher and Student Unions, Subject Associations, Youth Groups, and individuals.

Close Menu
Join our shared world
We use cookies on our website to give you the most relevant experience by remembering your preferences and repeat visits. By clicking “Accept All”, you consent to the use of ALL the cookies. However, you may visit "Cookie Settings" to provide a controlled consent.
Cookie SettingsAccept All
Manage consent

This website uses cookies to improve your experience while you navigate through the website. Out of these, the cookies that are categorized as necessary are stored on your browser as they are essential for the working of basic functionalities of the website. We also use third-party cookies that help us analyze and understand how you use this website. These cookies will be stored in your browser only with your consent. You also have the option to opt-out of these cookies. But opting out of some of these cookies may affect your browsing experience.
Necessary Always Enabled
Necessary cookies are absolutely essential for the website to function properly. These cookies ensure basic functionalities and security features of the website, anonymously.
Functional
Functional cookies help to perform certain functionalities like sharing the content of the website on social media platforms, collect feedbacks, and other third-party features.
Performance
Performance cookies are used to understand and analyze the key performance indexes of the website which helps in delivering a better user experience for the visitors.
Analytics
Analytical cookies are used to understand how visitors interact with the website. These cookies help provide information on metrics the number of visitors, bounce rate, traffic source, etc.
Advertisement
Advertisement cookies are used to provide visitors with relevant ads and marketing campaigns. These cookies track visitors across websites and collect information to provide customized ads.
Others
Other uncategorized cookies are those that are being analyzed and have not been classified into a category as yet.
SAVE & ACCEPT